Spring break is a time for students in both in college and school to take a break during (or as close to) the beginning of the Spring Equinox season. It’s a time when they can blow off steam and cut loose for a bit prior to heading back and taking tests before the end of the year. School kids can sleep in, hang around the house, or just do absolutely nothing if their parents allow it. For college students, on the other hand, it’s a time to take chances, doing things that they’ve never done like taking a trip across the country or around the world. Maybe even try something that they’ve never done before in the heat of the moment that is a little bit risky, like drink excessively or does drugs.

Peer pressure can play a part in getting hooked as well. After all, if you are young and impressionable, you could be tempted to try something new after seeing someone having fun doing it and want to experience that same enjoyment. If your friends are doing it, you’ll feel more inclined to do it as well just to fit in. As a fair warning, it’s kind of hard to stop yourself from crossing the line if your mental capability and vision is blurry from all the booze or drugs. If your wits are keen and you close pay attention, you might be able to control yourself before it goes too far. Especially when K2 Spice (a.k.a. any of its alias’s) gets involved. 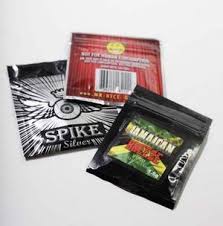 Spice is meant to be a copycat for tetrahydrocannabinol (THC), the chemical found in marijuana, therefore giving the name of “Synthetic Marijuana”. The fact is this drug has the ability to change a person’s mental state to become aggressive, violent, and combative. Part of that is because you really don’t know what all chemicals are in it because it’s not regulated in the United States where it’s illegal to manufacture and distribute Synthetic Marijuana. Therefore, many users are forced to go online to purchase it from other countries like China and other parts of Asia where it’s easy to buy.

According to a recent update by the American Association of Poison Control Centers, this dangerous drug has seen a huge spike in exposure this year all across the country, mostly from early March until now. Each case involved a person who came into contact with the substance in some way such as ingested, inhaled, absorbed by the skin or eyes, etc. States like Pennsylvania (130), Texas (319), Arizona (117), Maryland and Florida are tied (111) with their share of problems, but Mississippi (1265) and New York (560) have experienced the most cases.

Perhaps one of the biggest reasons why this drug is almost epidemic could be because it was easy to buy for people who like to smoke it in joints or pipes. From a manufacturing standpoint, they contain powerful chemicals that can be considered more powerful and more dangerous than marijuana which will cause dangerous health effects. Like many other illegal drugs, synthetic marijuana is not tested for safety, and users don’t really know exactly what chemicals they are putting into their bodies that are proven to create serious health issues, both short and long term. Some symptoms or reactions from using synthetic marijuana include:

The state of New York has gotten so concerned that the governor decided to issue a “Health Alert” to warn the people of a rise in the usage of Synthetic Marijuana that has sent more than 160 patients to the hospital since April 8th of this year. Under the Health Department regulations, Governor Cuomo had already banned all synthetic drug sales and possession back in 2012. “Synthetic drugs are anything but harmless, and this rash of severe health emergencies across the state is direct proof”, he said in a news release. Not long after, paramedics responded to twelve overdose calls at the Auburn Correctional Facility within just four days. In fact, a spokeswoman went on to say that nearly 40 inmates have been treated at outside hospitals statewide since April 23rd while others experience dangerous symptoms and presented to be risks to staff and other inmates without the need of outside treatment.

Two more major K2 Spice cases come out of the Austin, Texas area. A news report confirmed that during the first weekend of April, twenty people had overdosed on K2 Spice and been treated by emergency crews. The individuals involved ranged from teenagers all the way up to their 60s, proving that this drug does not discriminate age. Another incident happened during the last weekend of May, Emergency Management Services were called to respond to 61 K2 incidents within four days involving new and habitual users. Police have said that a big concern for this outbreak is because dealers have been spiking the latest batch with bug spray which has caused the user’s blood pressure and heart rate to get lower into extreme levels.

According to the Alabama Department of Public Health, they say that between March 17th and May 11th, at least 964 patients who have ingested or smoked Spice have been seen in emergency rooms across the state. Of those patients, 217 have been hospitalized while five others have died. Because of this outbreak, an intense state and federal investigation have been launched into the dramatic increase and whether it’s linked to similar problems in neighboring states. On top of that staggering list of numbers, police across the state say that hundreds of people in recent months have called emergency services with physical and psychological reactions to the drug.

In Mississippi, they’ve been extremely busy working on this issue in a state where no form of Synthetic Marijuana is legal is legal since it is neither regulated nor safe. So far this year, there have been over 1200 confirmed K2 Spice-related visits to emergency rooms, hospitals, or physicians in Mississippi since the current outbreak began in April. As of the time of this writing, there are seventeen deaths potentially related to Spice use that is currently being investigated by state authorities.

Nebraska is not immune to the synthetic drug either. It’s been reported that over 100 overdoses in just a few weeks can be credited to K2 in the city of Lincoln. First responders have made the claim they are also seeing more violent behavior from those who’ve used K2. An investigation led to shutting down two smoke shops. Afterward, usage has tapered off considerably. Even though the police are focusing on the current crisis, like so many other states they plan to look around the country to figure out the best way of fighting synthetic marijuana.

New Jersey is also facing a serious dilemma involving synthetic drugs. Back in April, the New Jersey Poison Information and Education System released a statement claiming that 30 people were admitted to hospitals across the state due to K2 Spice and warned people not to use products sold as Synthetic Marijuana.

Last but not least, here’s a report that comes from the areas Bethlehem and Allentown, Pennsylvania. In less than a week at the beginning of May, over 50 people between the ages of 13 and 60 years old, have been hospitalized with K-2 related overdose injuries. Elsewhere across the state, Synthetic marijuana is suspected in at least eight deaths.

Since it first emerged in the U.S. around 2008, there have been many, MANY documented cases of people who overdosed on K2 Spice. As many cases documented, you would have to assume there are that many users who haven’t overdosed yet. Even though it’s not accessible in many places as it once was (convenience stores and head shops), people can still get it over the Internet. Its popularity skyrocketed because it was easy to buy and people thought was harmless because its chemicals aren’t detected on standard drug tests. Since 2011, all 50 states have banned specific compounds, and a federal law in 2012 added certain ones to the U.S. controlled substances list, according to the National Conference of State Legislatures.

Usually, Synthetic Marijuana is manufactured from a non-marijuana plant material sprayed with cannabinoids and marketed under brand names that are catchy to get one’s attention, but make no mistake about this manufactured drug as it can be more potent than regular marijuana. It changes the brain functions while creating significant long-term damages and can cause serious injury not just to the user, but to all those around. One of the best ways to avoid it is to know what it’s referred to as on the street and social circles. You might want to stay away if you hear or see anything with the following names:

Law enforcement and public health officials are working really hard to spread the word about the dangers of using synthetic drugs. The FDA has banned many of these chemicals, but with all the new versions constantly appearing in hopes to evade any form of regulation, it’s hard to stay up with them all. Most people (including teenagers) are attracted to the convenient packaging and claims of being “natural”, making it very popular to those who want to avoid standard drug detection processes be done to fight against this chemical mixture that is growing popular.

There is some good news after reading all this even though Spice products contain unique synthetic chemicals which change frequently. That’s why you need to test frequently as needed to stay ahead and Rapid Detect can help you deter those who might use the horrible drug. We offer K2 Spice tests that will detect most versions out there. Parents can even get involved by checking their teenager for not only for Marijuana but also the Synthetic versions as well with the convenient use of our Home K2 THC Test available on the website. Call to speak with one of our friendly knowledgeable sales consultants at (800) 404-0020 weekdays from 8 am to 4 pm Central Time or email sales@rapiddetect.com anytime.